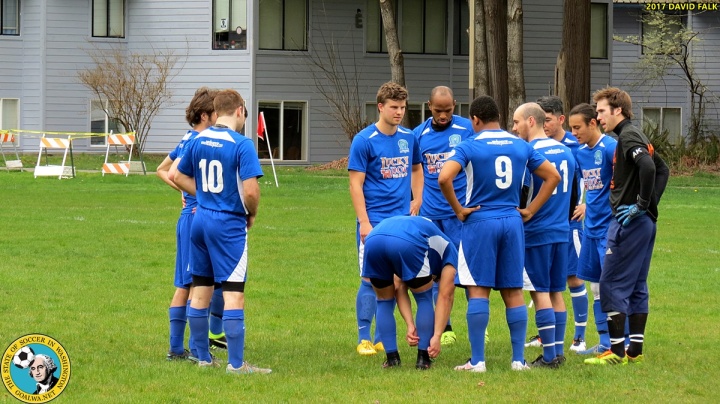 OLYMPIA, WA— The sun came out at The Evergreen State College on Saturday, greeting the visiting Washington State Cougars Men’s Club Soccer team and lighting the way for the brand new outdoor outfit in the state capital, Oly Town Football Club Artesians. The first-ever run out for Oly Town turned into an entertaining 2-2 final with revelations for both sides of the pitch.

The Artesians are joining the Evergreen Premier League in 2017 after having already played three seasons in the Western Indoor Soccer League. It’s a whole new ball game for Oly Town now and they showed some jitters and lack of playing time together in a wobbly first half that saw them surrender two goals to the Cougars.

Washington State are a well-organized club team that competes in the West Coast Soccer Association.  Jack Klipfel gave WSU a 1-0 lead midway through the first half on a crisp header off of a corner kick from the left side.

The clubs both huddled at the break as coaches David Simone of WSU and Ray Finn of Oly Town both listened to player feedback and delivered messages. The Artesians were disappointed in their intensity and first touches. The Cougars were bracing for a second half fight-back from their foes.

The second half did indeed see improvement by Oly Town. They had numerous chances as balls fell dangerously in the middle of the box awaiting the crucial final touch that never came. Instead, the Artesians got even about 15 minutes from time on a well-placed bending ball from “Surf.” He made enough space for himself to deliver a shot that curved just inside the near post. 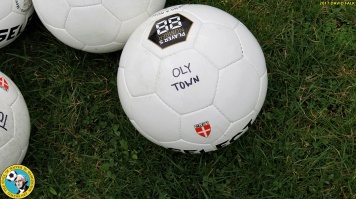 In a day of firsts Oly Town FC were able to take positives away from the experience. They faced organized opposition with a roster of new guys, trialists and without a few key starters yet managed a draw. Washington State can feel good about hanging in there with a side that will compete in the highest level elite adult amateur league in Washington.

Before the match I noticed one of the goals had netting covered in moss. It has been a long, wet winter. The sun came out to play on Saturday and so did the Oly Town Artesians. A day of firsts signalling a new soccer season is finally here. 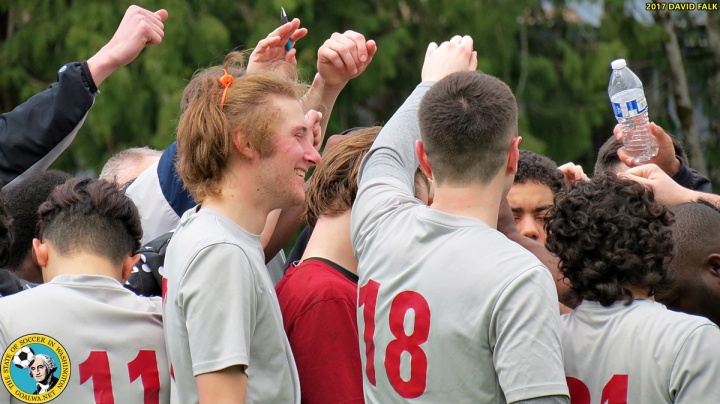 2 thoughts on “The sun rises on Oly Town Football Club”